I find these to be very interesting results of recent studies that looked at altered gene expression in patients with PTSD before and after having participated in Ayahuasca ceremonies. I have been strongly convinced for quite some time now that conventional modalities treating (my) lingering symptoms of PTSD are not going to be of much help any more (as I have been applying the recommendations and techniques regularly suggested there for much of my life as it is). I guess, I’m well advised to look into way of getting to participate in a series of ceremonies where I live – unless I will receive the “go” to take part in a leg of MAPS.org’s MDMA–assisted therapy, that is.

… is the title of the #Netflix series Ozark, episode 9 in season 3. We see Wendy and Ben enjoy a dinner in a roadside diner and both remembering the house they lived in on Fire Pink Road. They giggle, they sigh, they celebrate the moments they had growing up together in what seems like a much troubled childhood and youth.

And it made me think, wether I can think of such moments growing up when I was truly happy over something that my sister and I had experienced together. Sadly, I seem to come up emptyhanded… the closest contender would have been our vacation one summer, where our mother filled in at a post office in a recreational resort destination, where folks of less moderate means than us chose to spend their summers. Hence, it was us driving the arcane RV some 600+ miles to the campground and living in it for six weeks, a mobile home which my maternal grandfather had actually remodelled from an empty truck (bless his genius for really conceiving it all from scratch using his own plans and calculations and craftsmanship plus ideas of how to make it all work from DIY materials; it’s still rolling and in operation, b.t.w.)

I guess, that summer could have been our happiest together, my sister being 11 years of age, me being 13 and us being left alone all morning with permission to go to the beach to the prepaid and reserved canopied beach chair every day when the weather was nice enough (which wasn’t always the case). But all I remember about that time is my sister and I constantly fighting with each other as she hated getting “deported” from her friends. And that leaves me feeling like there isn’t really even a single happy memory or “conspiratist” moment between us…

Was memory playing tricks on me – or had growing up really been a mostly sad and repressive experience? Afraid, it really is the latter…😥

It’s eerie for me to know from current and longstanding previous personal history that when my time comes – and if conscious, that is –, I’ll be surrounded by new friends, maybe a new family, maybe also just strangers. But noone from bio family. The memories of that time growing up will then long have vanished to a faint trace, which I can’t be sure is about my life or something I remember from a book or other personal account. In thinking about it, it will all feel like someone else’s life, as if it had never happened to me in the first place. This will be both incredibly liberating and also strange. (strange, because we tend to “own” our history as if it was property. And in a way… it usually is).

I am hoping to be surrounded by friendly faces who hold me in some regard with themselves. Looking into their faces, I can only hope I am going to derive the measure of peace that will make transitioning as painless and sweet as possible. Because it will be sweet at least in part. Bittersweet maybe, if I manage to truly embrace that person I have become and will continue growing into more than I had ever had a chance to grow into that person, I could and should have become, but… was never really given a chance to fully embody.

I am currently watching a Netflix crime series that’s loaded chock full with “colorful” characters, whose (fictitious) life paths have gotten corrupted at the outset as well. Talk about being born into privilege – or not. It’s a trivial fact of life that personal trajectories evolve differently depending on where your place of birth was, what ancestry and their inherited history you are obligated to adopt and come to terms with. It’s so trivial it pains me to even mention it here. And then… it’s a large part of anyone’s personal history: To somehow mature out of that, focus on your strengths and make peace with the injuries incurred as best as we can.

Here’s to hoping that’s not all of it, that there is going to be yet another chapter to my life – very likely the only remaining one for me given the accumulated “mileage” (in years) until now. To think that I needed to use the better part of my life to get to some sense of wholeness and integrity again… wow. I’d better not go there at all.

But you knew all that yourselves, didn’t you?

So, no. The first paragraph isn’t precognition. It’s simply piecing the bits and pieces together into a likely outcome from what direction they seem to denote. But who knows… life’s full of surprises, they keep saying. Ain’t much novelty in these days for me, but never say never, right?

Thanks for tagging along, appreciate it.

Can new research lead to better treatments for patients of epilepsy, post-traumatic stress disorder, bipolar disorder or other mental health issues that are associated with dissociative states as part of the range of symptoms? Here’s to hoping.

Can new research lead to better treatments for patients of epilepsy, post-traumatic stress disorder, bipolar disorder or other mental health issues that are associated with dissociative states as part of the range of symptoms? Here’s to hoping. 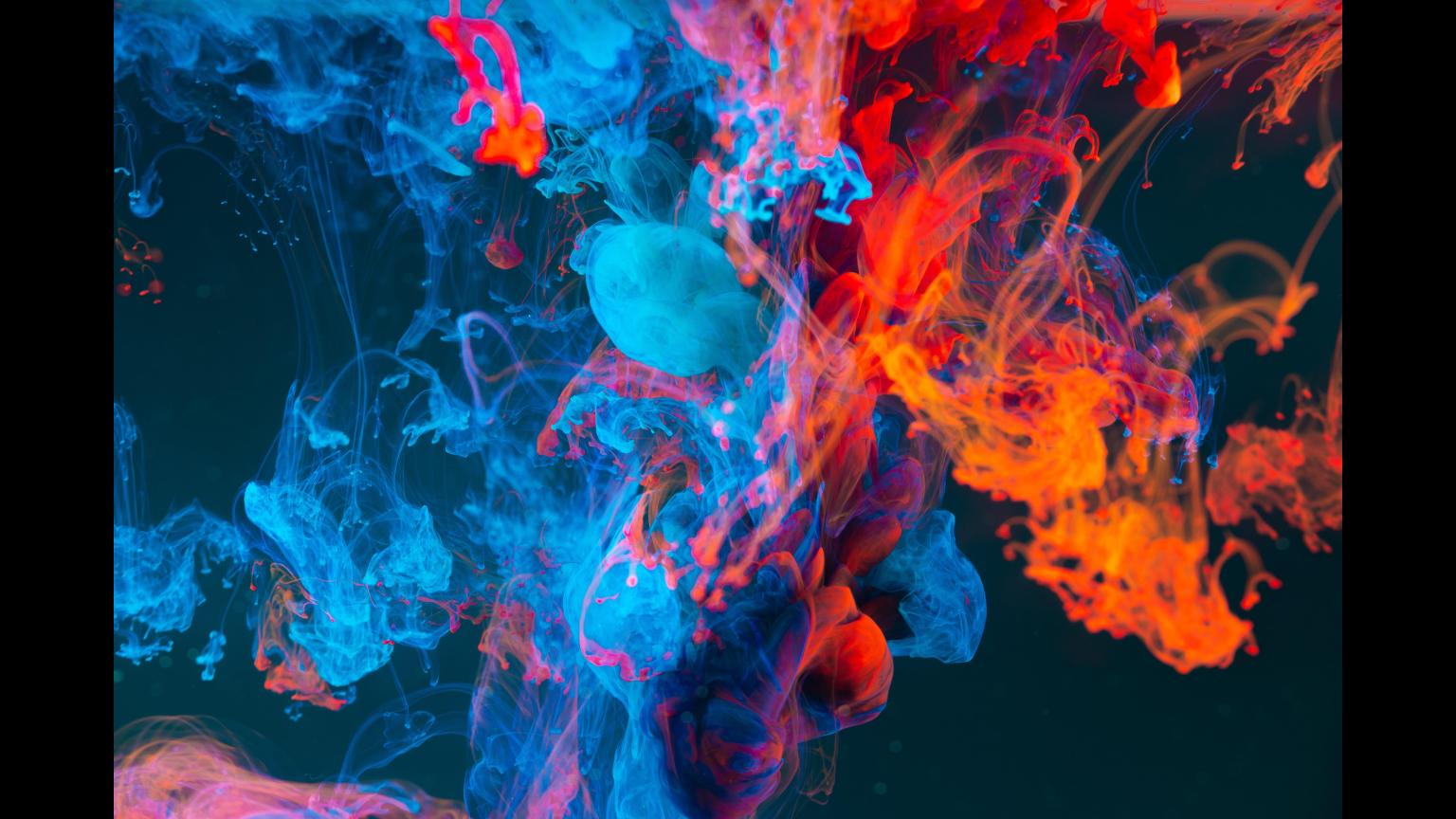 Here’s a wonderful tribute to the highly gifted, sensitive rainforesty types and our collective challenges in a world that’s too loud, too harsh, too brutal for our finetuned nervous system and sensitivities. Thanks Anne, thanks Paula! 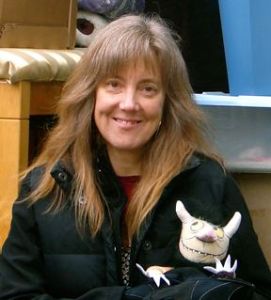 Anne Allanketner is a poet and psychotherapist from Portland, Oregon. Her books of poems, Spells of Mending and Three Springs, are beautiful, magical and healing. This poem, from Spells, is her tribute to your rainforest mind.

You are made of crystalline structures,
that vibrate like tuning forks.
Their delicate iridescent wings
unfurl and lift them high on the soft breeze
of night to gather subtle informations
which few can understand.

You inhabit these in formations.
Gathering them in tenderly and transposing them
when needed to harmonize the infinite tangled
song strands of earth.

Perhaps you ought to wear a helmet
and goggles at the shopping mall or
wrap your selves in blankets hung with spells and crystals.
Just to navigate the realm of ambient noise at work. 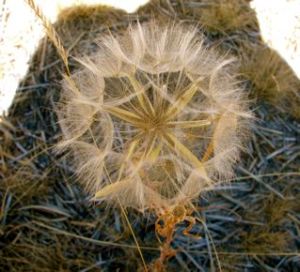 When the luminous wings of your soul flap,
you lift up out of ordinary…

Found this today on Debbie Hampton’s website and blog. It gives you 10 ways of increasing parasympathetic nerve function, thus stimulating the vagus nerve and the latter then reducing stress. I think, this is particularly important and helpful for people living the outcomes of trauma, the so–called post-traumatic stress disorder (which I find to be a misnomer, there is actually nothing disorderly about the brain’s and autonomous nervous system’s response to fatal threats or situations that are experienced as such; but anyway, that’s the adopted naming for now…).

Jamie Wheal, author of Recapture the Rapture, talks about five effective and long known ways of reconnecting with our true selves and our spirituality.

small addendum (a.k.a. manifesto): What gives me hope, no: faith is that now I have people in my life who want me for being who I truly am, who love me for what my core essence is. I have better people in my life now, with bigger hearts and stronger minds, with crystal–clear ethics radiating their beauty. I have friends. I have a new family. With them, I can do anything. And I will!

This sounds very promising: They used A.I. to map the terms used to describe the quality of experiences on mind altering drugs to specific receptors in the brain and this in order to find out, what the specific and predominant qualities of certain drugs might be. It’s a large sample body, which should provide reliable data to draw conclusions from. Interesting.

However, harping my own tune or blowing my own horn is not my intention with this posting here. My intention is to share with you that I felt Ellie’s pain and that her story is my story, too. I get the feeling with many of you loosely following here, it might be your story as well, at least in part. I call Ellie the heroine character of the story, although I don’t get the feeling she is about winning at all, quite on the contrary: My interpretation is that she ventures out with the other guys, sincerely interested and looking forward to studying the forest and wildlife present there. She’s most perceptive, sensitive, upbeat, empathic to a fault – I guess, we could call her an empath or highly sensitive person or gifted or whatever term you’re familiar and comfortable with. I guess, the mainstream expression would be geek. (although I find the expression barely concealing a slightly, if not openly derogatory connotation to that wording. But that’s just me, I guess).

Long story short: I noticed from my emotional response that there they went at Blender Studios and put at least a part of my own story into a shrunk 3-min.-version complete with animation and fictional character (Ellie) whose nature I could immediately identify with. And those other guys… well, I had been surrounded by the likes of those forever and to the point that I refused going on such trips any more.

The ultimate bottomline I intend to share with you – or offer, that is –, though, is this: We are writing our own hero’s/heroine’s journey, I think; if for nothing else than simply for still being here and not having folded or bent ourselves out of shape for meeting the impossible and often degrading, if not humiliating standards set before us. Like Ellie. Pushed to give it her ultimate by the forces aligned against her. Transformed into a little warrior queen. Prevailing. But… somehow also disappointed in the end, I think.

Anyhow. See for yourself, like I said. And drop me a line /a comment when you get a minute. I’m always eager to grow and evolve and learn and study. Like so here with this year’s challenge and challenging myself to the max. Just like Ellie. Thanks.

“We’re offering a great, free contest and asking you to support our charity to re-build cultural activity in regions of war.” Watch #BryanWaters of #TheCueTube explain who the beneficiaries of #scorerelief2022 are and what they do. Brought to you by The CueTube and Northern Film Orchestra

Hello, friends and followers and all good people on social media,

I’d like to bring a project to your attention on whose behalf I’ve completed my entry to the crowdfunding rallye and rescoring competition. This year’s clip to rescore is called Sprite Fright (original movie) and was created by the incredibly talented folks at Blender Studios, who had already provided another animated movie for last year’s #scorerelief2021. (which I’ve also participated in [follow link to see the video])…. //for more info, please follow the link. My entry can be watched in the YouTube player widget below.